This web site uses cookies to deliver its users personalized dynamic content. You are hereby informed that cookies are necessary for the web site's functioning and that by continuing to use this web sites, cookies will be used in cooperation with your Web browser.
I agree
Contact
Departments
Library
Sitemap
HrvatskihrEnglishenItalianoit

The Faculty of Economics and Tourism “Dr. Mijo Mirković” Pula is organising its 8th International Scientific Conference with the central theme « Future World by 2050».

The seventh previous international conferences were focused on some aspects of globalization, macroeconomic management and entrepreneurship:

"It is impossible to go backwards; the only possible and natural path is the one leading ahead. It means the path towards the economic development, the entry into the full civilisation."
Mijo Mirković, PhD (1898-1963)

The 5th International Scientific Conference
"Entrepreneurship and Macroeconomic Management: Reflections on the World in Turmoil", 2011 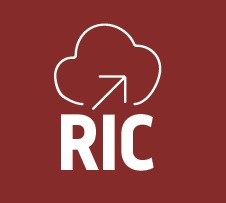 Review of Innovation and Competitiveness